Youth must be served

This weekend the Observer predicted the demise of the hipster. Because markers of hipsterdom – like tattoos, beards, topknots, bunting, and cocktails in mason jars – have been increasingly widely adopted (moving from being exclusively hipster affectations, to being cool and then mainstream), the article asks if hipsterdom is at an end. The answer – as the piece acknowledges – is that what it means to be a hipster is evolving: that this group of young and young-ish people, most of them middle class and well educated, who seek to live in (some) ways which differ from social norms, will adopt new and different markers of their ‘otherness’.

Part of the problem with writing about hipsters is that they are so hard to define – which accounts, I think, for why there has been such a focus on what hipsters look like. Skinny jeans, brogues, and flat caps define hipsters more easily than a set of ideas or principles. Also, the stereotype of hipsters liking things before they were cool inevitably emphasises these ‘things’ rather than any set of reasons for liking those things. (I hope this makes sense.) With their thrift store shopping, and embrace of cooking, baking, and crafts, they have all the appearance of an enthusiasm for the handmade, the artisanal, and the environmentally friendly. But as Alex Posecznick observes:

hipsters are voracious consumers of a style that is constantly shifting desirability in order to promote endless consumption. A hidden shop selling vintage clothing is popular for a short time before it is made irrelevant the next day. They have turned consumption itself into an art, where the fine distinction of this hat over that invests cultural capital, and where although it is used and battered, it can be sold for four times the value of a new hat.

So are hipsters all show and no content? The Observer article’s distinction between proto-hipsters (those who originate what it means to be a hipster) and hipsters (those who follow, buying in to the aesthetic but not necessarily the ideals on which this outward manifestation is based) is useful here. Firstly, I would argue that what it means to be a hipster differs according to geographical context: it is different being a hipster in Johannesburg or Lagos than to being a hipster in Montreal or Melbourne or, even, Cape Town. Any suggestion that hipsters are going to disappear really is not borne out by my experiences of Joburg. Secondly, hipsters have certainly made an impact on some of the ways in which we live, particularly in cities.

Despite my view that Joburg hipsters are really quite different from those in Brooklyn, there are some characteristics which travel quite easily over space. And one of these is the hipster café. I have eaten or drunk coffee in a series of small, independent, and fairly earnest eateries in Melbourne, Perth (yes, even Perth), London, New York, Montreal, Toronto, Cape Town, and Johannesburg which are, really, virtually interchangeable: they share the same incandescent light bulbs, wood panelling, metal stools, amazing coffee, homemade soft drinks in jam jars, and interesting food. Father in Braamfontein could just as easily change places with Café Pamenar in Toronto’s Kensington Market. 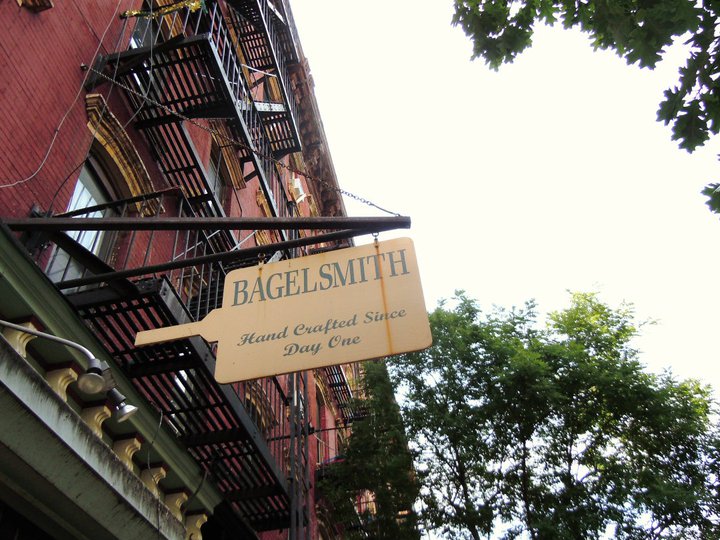 It is in these places that I think it’s possible to see the ideas which underpin hipsterdom, best played out: in their commitment to using organic and free range produce, in their interest in recovering and remaking old recipes, and in their enthusiasm for experimentation. Flat whites and drip and cold brew coffee originated in hipster-run cafes.

It’s difficult, though, not to have some sympathy with arguments that some hipsters are fairly clueless politically. Having witnessed the slow gentrification of lower Woodstock in Cape Town – one of the city’s most deprived and rundown areas – with hipsters opening cafes for other hipsters, and selling coffees which most of the suburb’s original inhabitants could never even dream of affording, I feel that these criticisms have a point. I was reminded of this point in an excellent review of Marc Spitz’s book Twee: The Gentle Revolution in Music, Books, Television, Fashion, and Film. A lot of the hipster aesthetic embraces twee, and this definition of twee could quite as easily apply to some iterations of hipsterdom:

twee is anti-greed and suspicious of an adult world that revolves around avarice. More importantly, twee is aware of humanity’s capacity for violence and evil, but chooses to be optimistic about human nature nonetheless. This could be a progressive stance – one that not only believes we’re capable of improvement but works toward it. In practice, though, twee politics too often prescribe escapism and isolation, allowing the privileged to respond to crises both global and personal by sticking their fingers in their ears and yelling, ‘Na na na, can’t hear you!’

The point about hipsters and their predecessors – beats, hippies – is that these are, largely but not exclusively, subcultures of the relatively wealthy and the privileged. The unthinking transformation of very poor parts of cities has certainly involved hipsters, but their social and cultural insensitivity is also closely connected to their own unawareness of their privilege rathern than to the fact that they’re hipsters. Instead of dismissing hipsters, I would suggest, rather, that like other youth subcultures before them, they have despite having no defined political programme and with a fairly flexible set of markers which define them, had a subtle influence over how food is thought about and consumed, particularly in urban areas. I think it is as interesting to consider the widespread dislike of hipsters, as it is trying to pin down hipsters themselves.