The harsh lighting, the intermittent sounds of frozen fries being sunk into vats of oil and the frenzied behaviour of the counter staff invited thoughts of the loneliness and meaninglessness of existence in a random and violent universe.

[Exit, pursued by a warthog.]

Kindly readers! I shall be away for a week or so, finishing a manuscript at Pullen Farm in the lowveld. I believe there may be warthogs. I have packed, of course, a copy of C. Louis Leipoldt’s Bushveld Doctor. And a lot of mosquito repellent.

In the meanwhile, I leave you:

This piece I wrote for Africa is a Country about Johannesburg’s newest museum in Fietas.

This photograph of street food in Fordsburg: 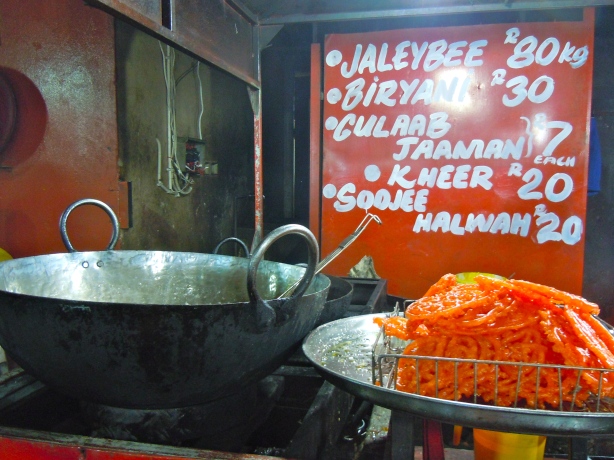 This new video from the Lumineers:

Be back soon xx

The Food Writer as Culture Broker

I first came across Marcella Hazan’s tomato and onion pasta sauce on Molly Wizenberg’s blog Orangette. I remembered it – like so many people, I imagine – because of its odd method: simmer a large tin of plum tomatoes in a pan with a peeled, halved onion, and five tablespoons of butter. This sounded so unlikely – so unlike any other recipe I’d ever read for tomato-based pasta sauce – that I was sceptical as to whether it would work. And since then I’ve found the same recipe on nearly every other decent food blog I tend to visit.

I got round to making it last week, after reading so much about Hazan’s life in the incredible number of respectful, and even loving, obituaries and articles written after her death a week ago. The sauce is unbelievably good: it is rich without being sickly, fresh without being too sharp. My only suggestion is that you make it with very, very good tinned, or slightly overripe fresh, tomatoes.

Probably because my knowledge of Italian cooking comes through British sources, Marcella Hazan never featured for me in the same way as did Anna del Conte. The most I’d read about her was in The Pedant in the Kitchen by Julian Barnes:

The writer I find most reassuring … is Marcella Hazan. This came as a surprise when I first started cooking from her. I had always imagined that since Italian cuisine, of all the major European styles, depends on pure and often speedy handling of the freshest ingredients, there was little room for manoeuvre.

Hazan freely lists plausible alternatives; is indulgent about dried herbs; actively recommends tinned tomatoes as tasting better than most fresh; often prefers dried porcini and bottled clams to their fresh equivalents. She spares you suffering by noting which dishes can be cooked to which stage ahead of time.

Marcella Hazan was beatified. Her recipes not only give the anxious Pedant as much latitude as possible, they also produce, in my experience, a higher percentage of successes, and a truer authenticity of taste, than any I know.

What struck me in so much of what I read about her – other than her two doctorates, one in biology and natural sciences – is how often she was described as translating Italian cooking for American kitchens.

When she moved to the United States with her husband in 1955, Hazan not only needed to learn how to cook, but she had to find ways of recreating the dishes of her native Italy in a country which didn’t sell the ingredients she needed. Combined with formidable teaching skills and a deeply practical attitude towards cooking, the knowledge she acquired while teaching herself to make familiar foods in an unfamiliar culture, transformed her into an authority on Italian cooking for American audiences.

The reason for her success – which began with the publication of The Classic Italian Cook Book: The Art of Italian Cooking and the Italian Art of Eating in 1973 – was not that she wrote down recipes as she would have cooked them in Italy, but that she adapted them for how Americans shopped and cooked. It is this which Barnes praises: her willingness to use a range of processed or not-particularly-Italian foods which, she felt, recreated the ‘authentic’ (whatever we may mean by that) taste of home. 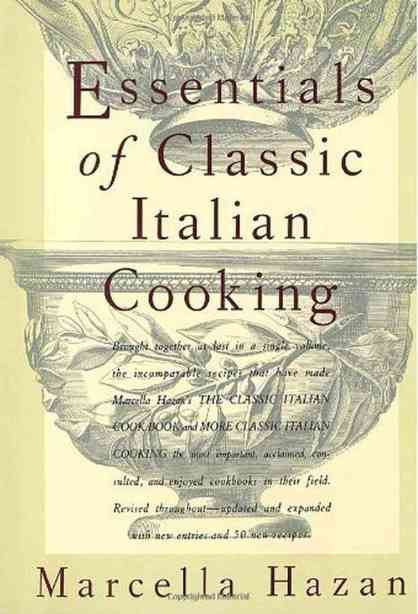 Cooks have long been involved in making national identities. Encarnación Pinado’s El cocinero español (The Spanish Chef), published in 1898, was an attempt to establish an ‘authentic’ Mexican cuisine. Similarly, shortly after Italian union, Pellegrino Artusi manufactured a ‘real’ Italian food culture in his 1891 book La scienza in cucian e l’arte di mangier bene (The Science of Cooking and the Art of Eating Well).

These recipe books were intended partly to explain to Mexicans and Italians what constituted their national cuisines. Food is a potent means of uniting a nation, particularly if that nation happens to have been recently made. As obvious as it sounds, it’s worth paying attention, too, to those food writers who translate their cuisines mainly for foreign audiences.

In a way, food writers become culture brokers: the people who mediate between different cultures, who explain and translate one group to another.  Although Hazan found an enthusiastic audience of Italians at home, she is remembered for having introduced America to ‘real’ Italian cooking.

I think, though, that she mediated far more than food. As Elizabeth David and Julia Child did for France, Claudia Roden did for the Middle East and Mediterranean, Madhur Jaffrey did for India, and Ken Hom did for China, she introduced Americans to a version – to her version – of Italy. When they read her books or watched her on television, they also learned something about Italy.

So when we think of the complicated ways in which national identities are created – and these are made in a tension between internal and external perceptions of a particular country or political entity – we need also to include those food and recipe book writers who translate and mediate the cooking of one group of people to another. How do they represent one nation to another? Why do they emphasise some aspects of a nation’s cooking, and not others? And to what extent do they tailor their writing to fit or complement pre-existing stereotypes about other countries?

I just don’t understand this.