Not for all the tea

When I was finishing my PhD, my friend Jane gave me a t-shirt emblazoned with the slogan ‘tea is not a food group.’ She used to shout that into my room—we lived a few doors down from each other in the same student residence—as she passed me on the way to the lift. She had good reason for doing so. When I’m absorbed in writing, I can forget that the world exists: that it’s necessary to brush your hair, dress properly, cook, and not have conversations with yourself out loud. And that it’s unwise to subsist on tea.

Over the past couple of months, I’ve been in the final throes of completing a book manuscript and I’ve tried—probably not always successfully—to maintain at least a semblance of normal, civilised behaviour, but tea has remained a constant. It’s a kind of writing comfort blanket; a small routine in the middle of anxious typing. In some ways, then, it was a misfortune to be in the United States for much of this period. I could drink as much excellent coffee as I could cope with, but tea? Good strong, hot black tea? Until I discovered a branch of TeaHaus in Ann Arbor, not so much.

I know that I’m not the first to complain about the difficulty of finding a decent cup of black tea in the US, and, to some extent, this belief that Americans don’t understand hot tea is something of a misnomer. Teavana, Argo, and Teahaus all attest to an enthusiasm—an apparently growing enthusiasm—for well-made tea. I’ve never encountered so many different kinds of tea in supermarkets. (And, truly, Celestial Seasonings is the best name for a brand of tea.) But it is true, I think, that it’s hard to find really good black tea in the average café. While this is probably linked to the fact that most tea drunk in the US is iced tea, it’s also because tea in these establishments is made with hot—not boiling—water. This is crucial. Tea leaves need to steep in freshly boiled water. 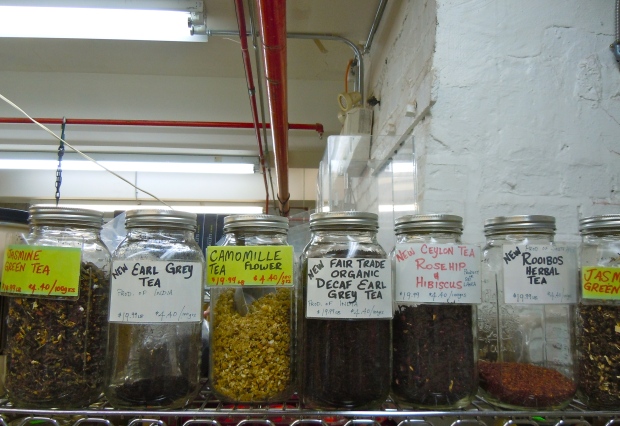 This aversion to boiling water can be traced back to a 1994 civil case: Liebeck vs McDonald’s Restaurants. Two years previously, Stella Liebeck, an elderly Albuquerque resident, had spilled a cup of boiling hot coffee over her lap. She sued McDonald’s, and was awarded initially $2.7 million in punitive damages. While for some, the case has become emblematic of the madness of a litigious legal system, the truth is considerably more complex. Not only had Liebeck suffered third degree burns—resulting in extensive reconstructive work and long stays in hospital—but she and her family only sued McDonald’s as a last resort. When their reasonable request that McDonald’s cover her medical bills was turned down, they decided to go to court. Moreover, in the end, Liebeck received considerably less than $2.7 million: the judge reduced that sum to $480,000, and she was awarded, eventually, between $400,000 and $600,000 in an out of court settlement with McDonald’s.

This was not, then, a frivolous lawsuit. But it was interpreted as such, and became one of the examples cited in efforts to reform tort law—the legislation which allows people to sue others in the case of injury to themselves or their property—in the US. As some lawyers argue, the tort reform lobby led by Republicans isn’t really to reduce the numbers of lawsuits submitted by greedy people, but, rather, an attempt to protect business from having to pay for its mistakes.

For tea drinkers, though, this misperception (fanned by tort reform campaigners) has resulted in tepid, unpleasant cups of tea. Concerned about similar lawsuits, restaurants now serve hot—rather than boiling—water. But perhaps there is a kind of poetic—or historical—logic to having to search high and low for decent tea in the US. The chests of tea tipped into Boston’s harbour in 1773 was both in defiance of the Tea Act and a rejection of Britain’s right to tax the thirteen colonies. When patriots switched to coffee—indeed some refused even to eat the fish caught in or near the harbour on the grounds that they could have consumed some of the tea—it was in defiance of British rule. In the land of the free, shouldn’t tea be hard to come by? This association of coffee and freedom wasn’t new, even then. Coffee houses in eighteenth-century Britain and Europe were places where middle-class men could gather to talk and think. The work of the Enlightenment was done, to some extent, over cups of coffee. But coffee was produced on slave plantations and coffee houses—and the freedoms discussed in them—were largely for white men. Coffee represented, then, freedom of the few.

Like so many people recently, I’ve been thinking about the historical contexts which produced the principles on which liberal democracies are founded. Freedom of expression and of thought, freedom to gather, freedom of religious belief are fundamental to the functioning of liberal democracies. Regardless of the fact that these principles were originated during a period in which they applied mainly to white men—and regardless of the fact that they have not prevented injustices from being committed (sometimes in their name) in liberal democracies—these remain the best, albeit imperfect, protection of the greatest number of freedoms for the greatest number of people.

To suggest that they are somehow a western invention inapplicable to other parts of the world would be an enormous insult to Egypt’s cartoonists who continue to criticise successive oppressive governments despite risking potential imprisonment or worse; to Saudi Arabian blogger Raif Badawi, who received the first fifty of a thousand lashes last Friday, for writing in support of free expression; to the Kenyan MPs who last year so strongly opposed a new security bill which will dramatically curb journalists’ ability to report freely. Also, it would be a profound insult to the vast majority of Muslim people in France and elsewhere—members of a diverse and varied faith—who managed to cope with the fact that Charlie Hebdo and other publications ran cartoons which insulted or poked fun at Islam.

Whether you think that the cartoons in Charlie Hebdo were amusing or clever or blasphemous or racist, is besides the point. Free speech and free expression were no more responsible for the killings in France last week than they were for the murder of more than two thousand people in Nigeria by Boko Haram. This isn’t to argue that we shouldn’t discuss—loudly, freely, rudely—how right or wrong it was to publish these cartoons in a society which many feel has strongly Islamaphobic and racist elements—in the same way we should debate potentially misogynistic, anti-Semitic, racist, homophobic, or transphobic writing, art, or speech too. But to begin to suggest that there are times when we shouldn’t criticise and satirise, is to suggest that there should be limits to what we may think and imagine.