More Britons than ever before are dependent on food banks.

The $1 McDonald’s meal has failed to lift sales.

Bananas and oil in Ecuador.

How safe is American meat?

Tesco pulls out of the US.

A history of United Farm Workers.

Cheddar cheese is to be used as security for a pension fund.

David Chan, who has eaten at 6,297 Chinese restaurants.

Rogue sugar shacks in Quebec had best be on their guard.

‘Cooked is only half-cooked, at best.’

Where to have afternoon tea in Cape Town.

Has the cupcake boom gone bust?

The 1961 Artists’ and Writers’ Cookbook.

Lessons from a month of being vegan.

Tea and flies with Kermit the Frog.

How do you pronounce ‘scone‘?

A beer drinker’s guide to Bratislava.

A cafe built out of recycled cardboard.

The man who invented the thermos flask.

A brief history of sausage rolls.

How to make a sweet souffle.

A Russian TV chef has apologised for comparing chopping herbs to the slaughter of Ukrainian villagers. As you do.

I’ve recently finished lecturing an undergraduate course on African history up until 1914. It’s one of my favourite areas to teach, partly because students – even South African ones – tend to have very little knowledge about the continent’s past.

In fact, it’s often quite difficult to persuade them that there is a pre-colonial African history to study and teach. Now, most people would be horrified by the racism which underpinned Hugh Trevor-Roper’s 1963 assertion that

Perhaps in the future there will be some African history to teach. But at present there is none, or very little: there is only the history of Europe in Africa. The rest is largely darkness.

But there’s still a relatively widespread belief that not only were African societies not subject to change over time – that their ways of life remained static over the course of several centuries – but that only anthropologists have the requisite skills to study Africans and their past.

This is all nonsense, of course. Since the early 1960s, an extraordinarily rich and varied body of work on African history has been produced by scholars working all over the world. More recently, and particularly as global history has emerged as a popular field, historians have begun to examine the links between the continent and other parts of the world.

Far from being isolated until the arrival of Portuguese traders in the fifteenth century, Africans have long had contact with foreigners. For instance, the trade in gold and salt across the Sahara from around the second and third centuries onwards, connected African kingdoms in the Sahel with the Islamic world.

Too often accounts of, particularly European, contact with Africa describe this trade as benefitting only one side of the exchange: that a plundering of Africa’s natural resources in exchange for beads, alcohol, or muskets deliberately bamboozled Africans into giving up incredibly precious ivory or gold for objects of considerably lesser value.

This was not entirely the case. One of the best ways to understand the complex history of exchange between Africans and traders and other visitors from Europe and Asia is – naturally, dear readers – through food.

Since the second and third centuries AD, the east coast of Africa was part of an international trading network which extended around the Indian Ocean. As Africans came into contact with Arab traders, goods, languages, ideas, and people arrived and left this long coastline over the course of nearly a millennium. During this period, African crops – including millet, sorghum, okra, and watermelon – were taken to the Middle East, India, and beyond. In return, coconut palms, sugarcane, and bananas were introduced to the continent.

Coffee from Ethiopia probably reached Yemen – via the port of Mocha – during the sixth century. Here, Yemenis roasted, rather than fermented, coffee beans, and the drink spread slowly around the Middle East, Turkey, and North Africa. When Europeans discovered that it could be made more palatable with the addition of milk and sugar, it became popular in Europe in the fifteenth and sixteenth centuries. Coffee plantations established in Dutch and French colonies in southeast Asia and the Caribbean during the seventeenth and eighteenth centuries helped to fuel the growth of these European economies.

Sometime between the eighth and twelfth centuries, Oryza sativa, or Asian rice, was introduced to east Africa from India. Muslim traders were probably responsible for the earliest cultivation of rice in Kenya, and migrants from Malaysia and Indonesia brought rice to Madagascar.

All this occurred long before 1492, the year of Christopher Columbus’s crossing of the Atlantic to the Americas, and the beginning of the Columbian exchange. Although there was a significant circulation of crops around the Indian Ocean and Mediterranean worlds, the Columbian Exchange holds a particular significance in histories of food and medicine: it describes the introduction of livestock, European and Asian crops – predominantly wheat – and diseases like syphilis and smallpox to the Americas, and the gradual cultivation of New World staples – maize, potatoes, tomatoes, squash, beans – in Europe, Asia, and Africa.

Within decades of the arrival of Columbus in the Americas, the New World domesticate, maize, was being planted in West Africa. Other Amerindian staples soon followed, such as manioc, sweet potatoes, capsicum peppers, tomatoes, peanuts, cashew nuts, pineapple, pumpkins, squash, and tobacco. The early establishment of maize as a food staple in West and Central Africa illuminates the radical transformation of African agricultural systems wrought by the Columbian exchange.

By the time that the transatlantic slave trade reached its height during the eighteenth century, maize cultivation was widespread throughout west Africa, and was a staple for slaves shipped across to the Americas.

Slaves took with them not only their own languages, cultural practises, and social structures – but also their knowledge of agricultural production. African rice, Oryza glaberrima, had been grown in west Africa since long before the arrival of Asian rice on the east coast of the continent. Carney explains:

Muslim scholars reaching the western Sudan from North Africa in the eleventh century found an already well developed system of rice cultivation in the inland delta of the Niger Delta and a robust regional trade in surpluses. The domestication of glaberrima rice in West Africa was thus established centuries before Asian sativa arrived in East Africa.

It was slaves taken from these regions who used their expertise in rice production in the Americas, and particularly successfully in South Carolina. The cultivation of rice had begun there in the 1690s, and by the eighteenth century, was the source of significant revenue for the colony. There is compelling evidence to suggest that African slaves used the same irrigation and planting systems that they had in west Africa, in South Carolina. Far from being only the labour which worked the plantations in the Americas, they were also responsible for establishing a successful system of rice cultivation. 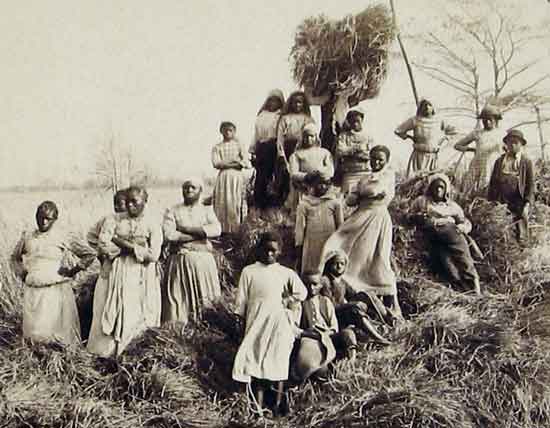 African slaves also pioneered the cultivation of a range of other crops, including black-eyed peas, okra, yams, and watermelons. Perhaps the best example of the circulation of crops around the Atlantic world was the peanut: introduced to west Africa from South America by the 1560s, it was taken to North America by African slaves during the eighteenth century.

What all of this demonstrates is not only that Africa and Africans have participated in global trading networks for centuries, but that they shaped food production in the Americas.

One of the many narratives peddled by foreign coverage of Africa is that the continent’s salvation – whatever we may mean by that – lies in outside intervention: in Nicholas Kristof’s ‘bridge characters’ (foreign aid workers, volunteers), or in elaborate packages created by the IMF or other international organisations.

This narrative is predicated on the wholly incorrect belief that Africans have, historically, been acted upon – have had change thrust upon them – rather than being actors themselves. As an understanding of the transfer of agricultural knowledge and produce across the Atlantic from the seventeenth century onwards demonstrates, this could not have been further from the truth.

Can slow cooking save lives?

The FAO on the link between hunger and poverty.

Recent developments in the Church of the Flying Spaghetti Monster.

How to grow and use herbs.

An analysis of the concept of food deserts.

Cooking – guacamole and spaghetti – as you’ve never seen before. (Thanks, Mum – and happy birthday!)

Why is bread Britain’s most wasted food?

A review of Alex James’s memoir All Cheeses Great and Small.

How to make fauxreos (or home-made oreos).

The invention of brunch.

A Kansas farmer argues in favour of GM crops.

How to shop for olive oil.

The politics of ice cream.

A brief history of the bagel.

Where to eat Polish food in London.

The potato revolution in Greece.

How to make your own yogurt.

A culinary tour of Rome.

How to make your own fruit leather.

Five of the best restaurants in Warsaw.

How to improve airplane food.

On meat and class.

What is meat glue?

The wonders of aioli.

Give praise, academics: the gin revival.

The music played in restaurants.

The phonetic taste of coffee.

A brief history of recipe cards.

How to make a gingerbread geodesic dome.

How airline meals are made.

A history of pickles.

The language of crisp advertising and branding. (Thanks, Mum!)

The worst book ever written.

An eighteenth-century recipe for onion soup.

An excellent history of the American banana industry.

The dangers of exploding churros.

A history of the frito pie.

A guide to rolling pins.