Today is Heritage Day and I tried to visit a museum. The museum was closed, so I took photographs of its façade and the surrounding suburb instead. Or, rather, the museum was open, but not to members of the public. Its opening ceremony was limited to members of the community and officials from the Department of Arts and Culture.

I’ll return at some stage in the future, but I think that this museum in Fietas – a working-class suburb near the Johannesburg CBD – says a great deal about the complicated ways in which South Africans are reflecting on their past.

The front of the Fietas Museum.

I have very mixed feelings about Heritage Day. A lot of the debate about this public holiday on social media and local radio stations circles around – although never really articulates – its most problematic and unresolved feature: ‘heritage’ is a construct. Put simply, heritage is constituted of whatever parts of our past we choose to remember.

Partly because it is so difficult to define what exactly a South African heritage is, there have been various attempts to recast this holiday in ways which make it easier and less controversial to celebrate. The campaign to reinvent Heritage Day as a depoliticised National Braai Day emphasises most South Africans’ shared enthusiasm for barbecue.

On the other end of the scale, the recent launch of Freedom Fridays by LeadSA – a fairly socially conservative campaign led by media outlets to encourage South Africans to be better citizens (whatever they may mean by that) – and the Department of Arts and Culture exhorts South Africans to wear something every Friday that symbolises their love for the country.

Both Braai Day and Freedom Day are problematic. Whatever the good intentions of its founders, Braai Day transforms Heritage Day into yet another opportunity for supermarkets to make quite a lot of money (in much the same way that Women’s Day has become another version of Mothers’ Day). And Freedom Friday promotes an unthinking patriotism which ignores South Africa’s far-from-uncomplicated political and social trajectory post-1994. The fact that it was launched six months before a general election can’t be harmful either.

Indeed, both elide South Africa’s deeply conflicted past: for all their enthusiasm for ‘heritage’, there’s very little history in how these two initiatives explore and redefine what it is to be South African. 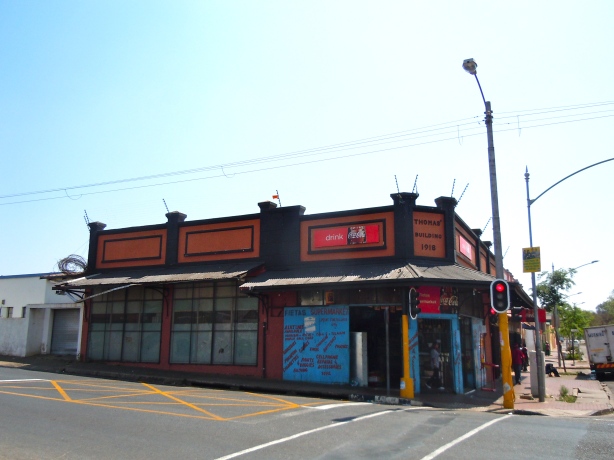 One of the remaining shops in Fietas.

What discomforts me about Heritage Day is that it attempts to use South Africa’s past in much the same way as did the National Party during apartheid. In fact, Heritage Day is a renamed Shaka Day (instituted to pay homage to Shaka kaSenzangakhona, the most significant leader of the Zulu kingdom) which was co-opted by the apartheid state in an effort to invent a separate, distinct heritage for each of the race groups into which South Africans were divided.

Over the weekend I visited another apartheid-era attempt to construct a discrete ethnic identity, and partly in the service of segregated city planning: the Oriental Plaza. Based in Fordsburg – a predominantly Indian suburb – the Plaza was created by the state in the mid-1970s as a kind of shopping mall for Indian traders. As the Plaza’s domes, décor, and palm trees suggest, it was designed with a kind of stereotyped Arab bazaar in mind – its architecture owes more to The Thief of Baghdad than to any knowledge of Middle Eastern or south Asian architecture.

Many of the shop owners were there because they had been forced out of various Johannesburg suburbs. One of these was Fietas – consisting of Pageview and Vrededorp – an inner-city area of Johannesburg which had been settled by Indians since at least the beginning of the twentieth century. Fourteenth Avenue – where the Fietas Museum is now situated – was the area’s main shopping street, and was dominated by Indian-owned shops. In 1968, Vrededorp was rezoned as ‘white’ under the Group Areas Act, and in 1975, Indian shop owners were given notice that they had to leave – and many of them to the Oriental Plaza. 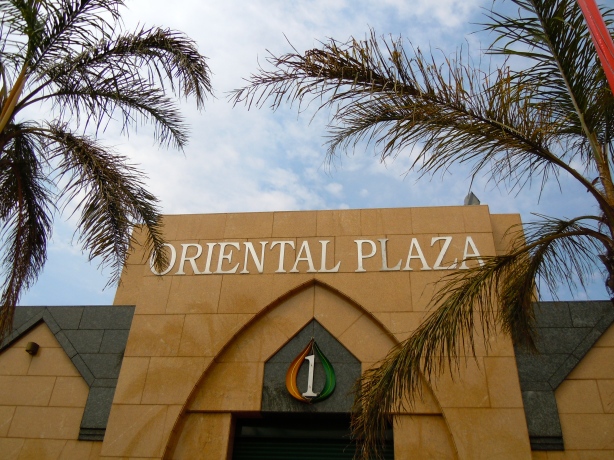 The Plaza was an attempt to contain Indian traders within a part of the city designated as ‘Indian’, and in a space which evoked a particular interpretation of their ‘Indian-ness’. My point here is not to criticise the shopkeepers and shoppers who chose – and still choose – to work and shop there. But, rather, to make the point that Johannesburg’s landscape is constituted of various attempts to define people’s heritage for them. 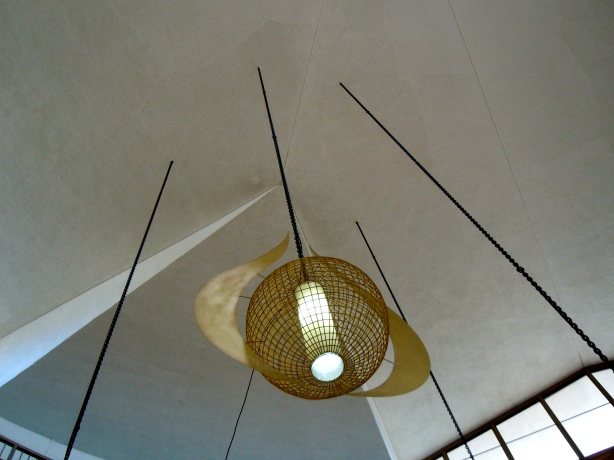 In the Oriental Plaza.

It’s for this reason that I find the Fietas museum so interesting: I hope that it will retrieve the profoundly traumatic history of the destruction of the suburb: of the people forced to move, of the lives and livelihoods destroyed, and of the homes and businesses bulldozed in an effort to make Fietas ‘white’.

In fact, I hope it will begin to answer a question that Teju Cole posed last week at a talk at the Troyeville Hotel. Referring to the ways in which we write about cities, he asked:

Cities are built on people’s bones. How, then, do we tell stories about cities so that those who have died, do not die a double death through forgetting? Below us, on street corners, are people’s dreams.

The problem with any attempt to define a specific South African heritage is that it tends to be a triumphalist retelling of the country’s past. It has, then, the potential to ignore ordinary struggles and ordinary lived realities: the lives of people who just got by under extraordinarily difficult conditions.

We need to tell those stories too.